Reading:
Mobile App: Change is the only constant
Share this:

Mobile App: Change is the only constant

Not long ago, when mobile devices appeared in the late 20th century, least did we know about their incredible capabilities. Mobile phones, what we know today, evolved from wireless telephones, which were used for emergency services and communication. The first-ever mobile device released in 1973 underwent a series of transformative changes giving rise to the smartphones we use today. As mobile devices progressed, could mobile applications be far behind?

Today, the mobile app market is massive with new and interesting apps being released every single day. The current scenario has created immense pressure among app development companies to come up with unique apps to sustain in the market. Hence, companies are making huge investments in the development and testing of apps to ensure a seamless experience for end-users.

All about mobile applications; why and how they evolved?

The mobile applications in the present times are more advanced as they cater to our daily requirements. Undoubtedly, we had mobile apps since the time mobile devices were introduced, but those were the basic apps to meet our necessities. Let us revisit in time when we had apps like alarms, torchlight, calculators, and memorable snake games in Nokia devices, which offered greater convenience and leisure options.

The evolution of smartphones from basic mobile devices has created a new app-based culture in the modern era. Mobile apps have a tremendous influence on the lives of people, hence, there has been a growing advancement in mobile apps. Today, we have applications for almost everything, from pulse accelerating mobile games, digital banking, transportation, online shopping, online food delivery and more, which are taking care of all our needs. Innovations did not stop here, in fact, there is a surge of growth in real-time applications and other apps, which have made our lives more convenient.

The increasing dependency of mobile apps among the end-users has created immense competition among the app developers to build perfectly working, stable, and responsive apps. Failing to do so, they might lose their business to the competitors incurring huge financial loss and adversely affecting the brand. Hence, in today’s tech-driven world, it is important to have a flawlessly working app to attract new clients and retain the existing ones.

Why are mobile apps changing?

Changes in mobile applications are inevitable because of frequently changing user requirements. With the fast pace at which digitalization is moving, the mobile app development process is also growing uncompromisingly. They have offered greater accessibility to a wide range of options to suit individual lifestyles and made lives convenient than ever before.

As per a recent survey report, the mobile app market is estimated to grow at $98.03 billion with a CAGR of 15.24% till 2021 for business while mobile app downloads will surge to $258.2 billion in 2022. The rising trend of the mobile application was moving at a steady pace but with a sudden outburst of pandemic, the growth has spiked multiple folds. The year 2020 was significant for mobile app development as technologies played an unequivocal role in connecting the world virtually when everything else had come to a standstill.

AI-integrated mobile apps helped businesses save money while improving user engagement. Innovation, which was lined up for release in upcoming months and years made its appearance almost immediately. From cardless transactions, video KYC to video sharing and online media playlists, mobile applications are ever-changing and evolving.

Mobile applications at the beginning used to be extremely complex. The users are now opting for apps with minimalistic design and built to simplify their day-to-day work. They require mobile apps, which can quickly adapt to changes.

Mobile apps are used daily to carry out a wide range of day-to-day tasks. Hence, it is important that the developed app performs without any discrepancies. Quality cannot be compromised at any cost, thereby, companies are streamlining their testing activities by introducing test automation practices. Emphasis is being heavy led on improving the app quality to offer excellence to the end-users. Companies are incorporating advanced testing methodologies like regression testing, RTA, continuous testing, AI-driven testing etc to ensure that all the functional and non-functional aspects of the app are working perfectly.

The rise of mobile apps happened based on the ever-changing user requirements and the latest innovation in technology. Let us take Siri and Google voice assistant as examples, which marked the beginning of a new age for integrating AI in mobile apps. The former was launched in the market in 2011, while the latter appeared in 2017. Today, applications like e-commerce, maps, online food, grocery, transportation, finance and more have integrated voice assistant support, which makes our day-to-day work exceedingly easy just by sending a voice command.

As the COVID-19 pandemic hit the global countries in 2020, the need for instant and uninterrupted communications increased for the employees working remotely. Applications like WhatsApp, Zoom, and Skype, initiated the employees to remain connected and successfully close projects.

We may take one more example to understand the impact of apps in our life; phones acting as new money wallets. Payment through applications added to our convenience as we no longer need to carry your wallets or cards to make payments at the merchant or retail outlets. This is how changes and transformations in mobile apps have simplified our lives.

Applications have been an integral part of our life right from the beginning when mobile devices were launched, but technologies were not so advanced way back then. Slowly with innovative techniques, we now have gained control over our day-to-day activities. In future, the innovations for mobile apps look promising with endless possibilities. The developers have now started integrating applications with technologies like beacon technologies, bitcoin and more. They are building apps not just for mobiles but for wearable devices as well.

As the app trends are getting more advanced, the probability of errors, faults, and discrepancies are also increasing. It is important to strengthen the QA process to eliminate any such errors arising due to the upgrades in the system/process. The process that is backed by strong QA is the ones that succeed in the market.

How to ensure QA of mobile apps?

Driven by necessity, the software development lifecycle has become agile. There is a constant change in app development based on criteria and user requirements and these changes must be validated by software testing, which is an integral part of mobile app development and cannot be ignored. To ensure that the mobile applications are quickly adaptable to changes, it must pass through functional, UI, performance, security testing and more. The end-to-end QA process assures that the mobile application is up and running without any technical glitches.

Followed by these frequent changes, the app developers cannot follow the traditional waterfall methodology as the user requirements swing back and forth and change frequently. In the traditional waterfall method, developers may have to fix the codes and errors detected in testing whenever any changes are implemented. This will add to high cost for the development process as well as consume time and effort.

It is important to meet the continuous changes in the mobile application development process, hence, we have an agile testing methodology, which reduces manual effort and cost while speeding up time-to-market. As changes in mobile apps are frequent and constant, so is their testing process, which allows the organizations to launch their products faster in the market with outstanding performance and response.

How Tenjin Online can keep up with the changing trend of mobile applications?

Tenjin Online is a responsive and powerful SaaS-based mobile test automation platform, which can detect the changes promptly for Android and iOS apps through rigorous testing as and when the applications are built. It is a codeless mobile testing solution, which requires no technical or testing knowledge and can execute end-to-end mobile testing without manual intervention. Tenjin Online is capable of handling the functional, usability, UI, performance, and security of your mobile platform through its thorough testing solutions. Understanding the frequent changes in user behaviour, it is a self-service platform, which allows the users to create their own testing bots without any technical knowledge. Tenjin Online is an answer to the fast-evolving mobile application trend which helps you to easily maintain the performance of your mobile apps without the help of a developer or a tester. 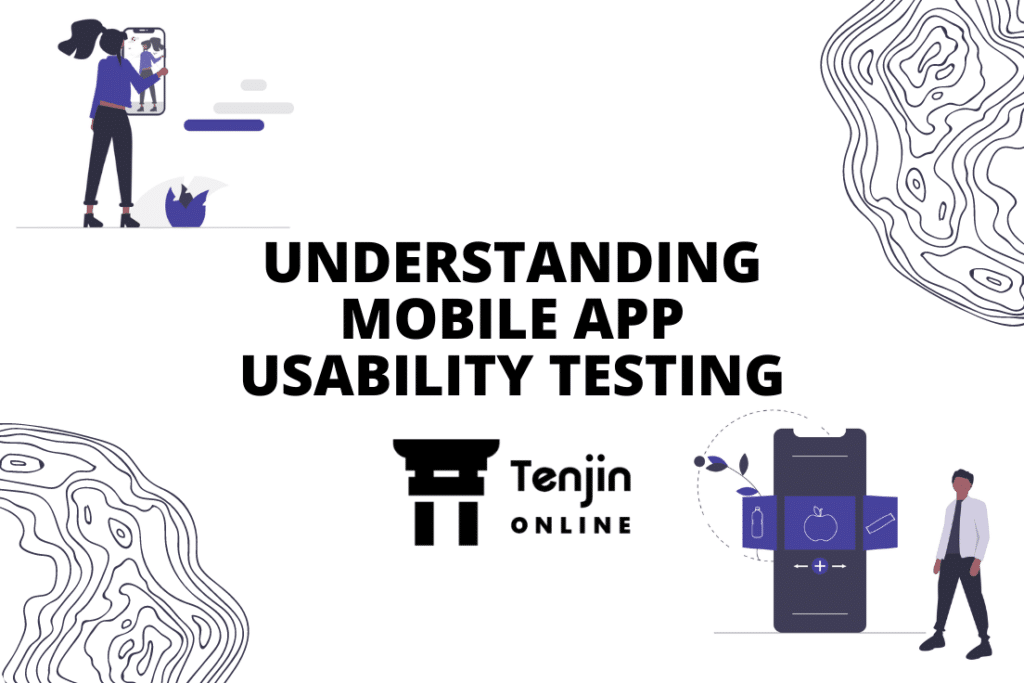 Skills for a Mobile Testing Professional